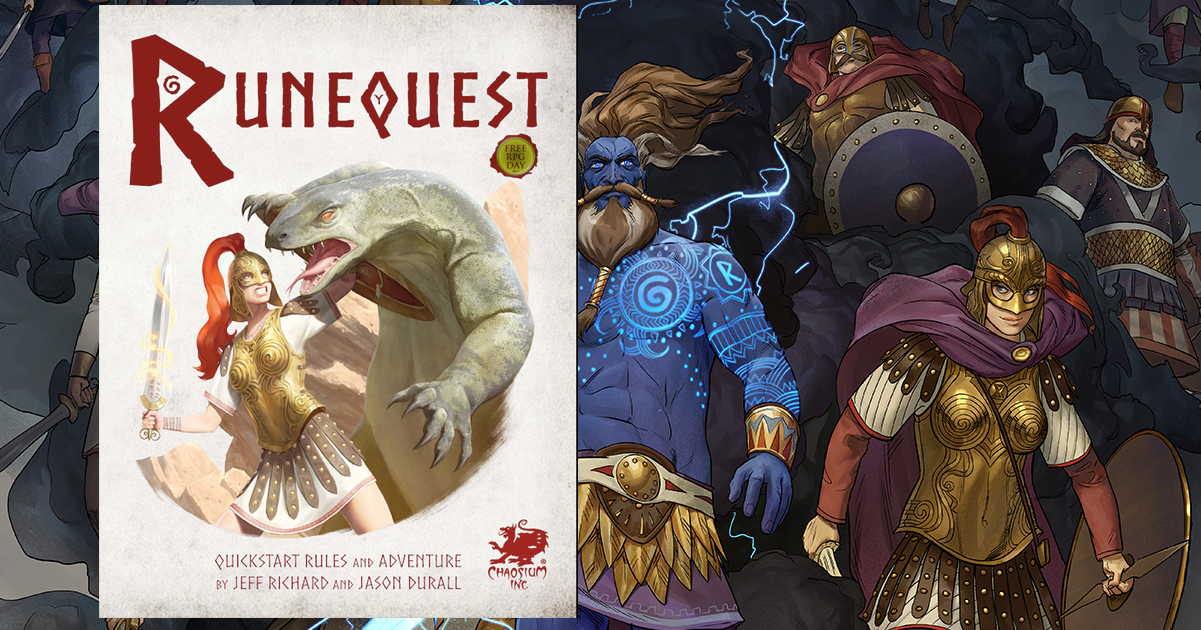 Something we announced at our RuneQuest panel at UK Games Expo on the weekend: we're bringing out a Glorantha Quickstart to go along with the RuneQuest Quickstart. It will be a user-friendly introduction to Greg Stafford's epic campaign world, ideal for newcomers to the wonders of Glorantha.

Here's an excerpt of the cover (still a work-in-progress), with the RQ Quickstart overlaid. Both are by the amazingly talented Andre Fetisov.  The Glorantha Quickstart depicts the storm god Orlanth and his thanes, an assemblage of heroes and heroquesters (our cover warrior has clearly graduated from fighting rock lizards...)