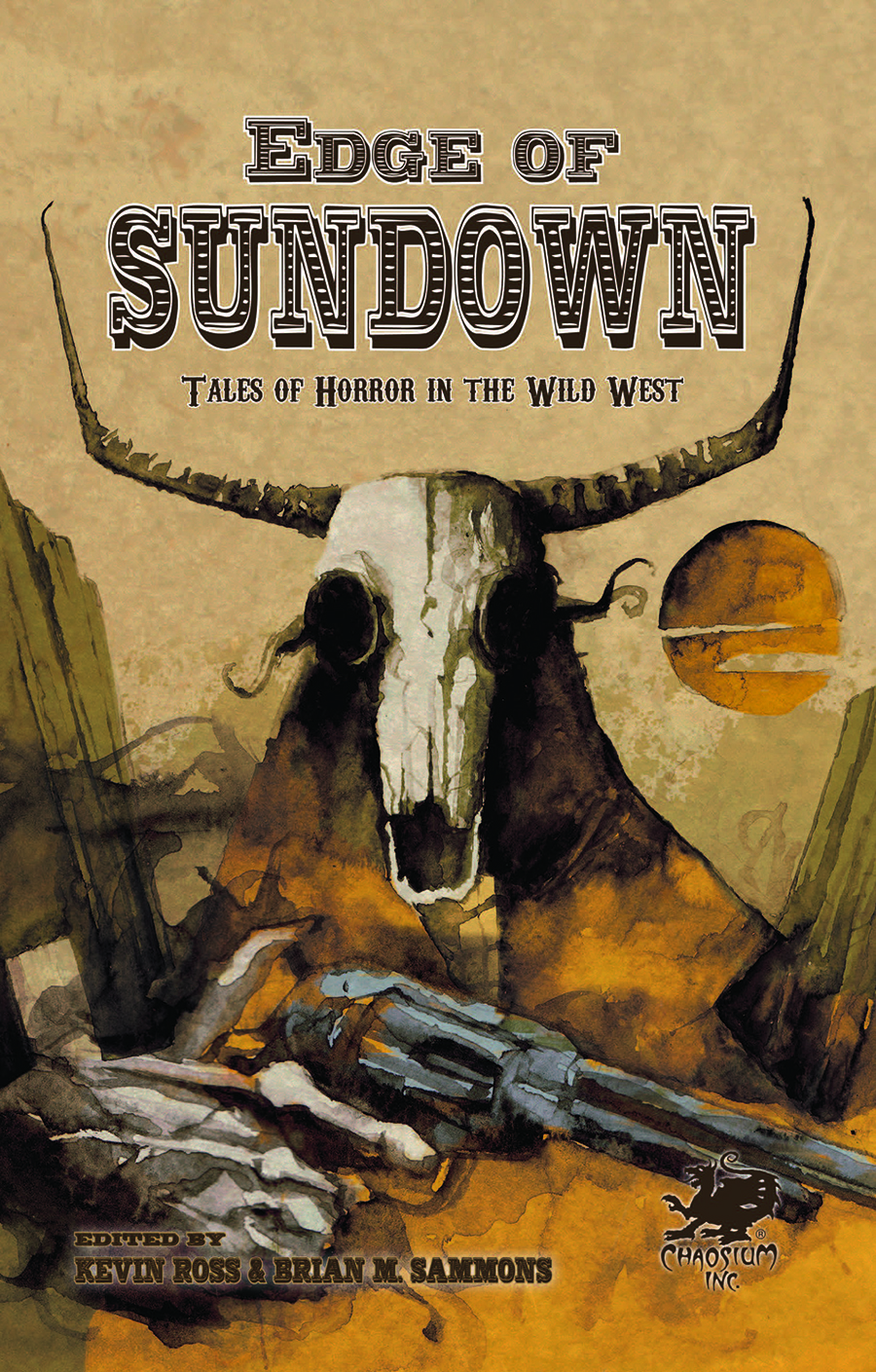 The western-horror story is far older than what most of us would even consider “the west”. For generations the American Indians told dark tales of their own, of spider women, skin-walkers, cannibals, witches, and thunderbirds. When white men ventured into the west, they learned some of these nightmarish stories from the natives—and they brought or created their own as well: tales told around campfires of mournful ghosts and vengeful spirits and terrible monsters native to the wild new land west of the Mississippi.

That’s where Edge of Sundown comes in. This collection brings tales that visit the darker regions of the west, the places steeped in myth, legend, and blood. Meet the men and women who lived there—the monsters within and without. Make no mistake, there are more than a few gun-throwing hardcases in these stories, but by and large our protagonists are ordinary folks caught up in very extraordinary circumstances. Most importantly, this is an anthology of western-HORROR tales, not western-fantasy. No tall tales here, no wink-and-a-nudge-as-it’s-all-good-fun safe betting. We’re looking to give you the creeps, fair and square, no fooling around.

So right about now you should be checking to make sure your guns are loaded, that your holster is oiled, and you’ve got your hat cinched on tight.

And as trade paperback: http://www.chaosium.com/edge-of-sundown