As we started to develop the design goals of the new RuneQuest, Ken Rolston, Chris Klug, and I had a discussion about "what are the key features of RQ"? Here are some of the conclusions (in no particular order):

RuneQuest is Awesome and Elegant because of its percentage skills character sheet. For NON-COMBAT roleplaying, it has no peers, because the player looks at their character sheet, finds an ability, and rolls against it. A super-simple system for non-combat RPG conflict resolution.

For COMBAT resolution, everything is present on the character sheet. Strike rank for character and weapon, weapon damage, hit points, armor points, magic points, spells, etc - all there. The rest can be intuitively handled: "I want to shoot at the sentry from behind while he doesn't know I am there - do I get a bonus?" or "I want to push the dark troll backwards over the cliff by rushing her" and so on. These additional rules need to be easy and intuitive. And importantly, the player doesn't need to know the rule in order to suggest it.

RQ combat is deadly and relatively quick. It uses hit locations, and there's a rapid resolution once a character either gets really lucky (a critical hit!) or really unlucky (a fumble! I'm boned!) Limbs HAVE to be hacked off, weapons need to get impaled and stuck in the enemy. RQ combat ideally ends within 3-4 rounds because one of the opponents SHOULD be dead or incapacitated within that time.

RQ combat is deliciously realistic and immersive - which is why RQ combat should be about AVOIDING combat, where possible. Unless PCs are ambushing. And if ambushed, they should be running away!

As the characters improve in skill, that pacing extends (as they only miss on a 95%). However, as they improve in skill, they should be also increasing their devotion to their cult and getting more and more Rune magic. Thunderbolt does wonders to speed up a combat, as does Truesword, elementals, or Fly. Beyond that, extremely high skilled characters need to be able to be funneled into heroquests, where blasting your way through is rarely a solution - even for a war god.

The 90/10 Rule
For any entry-level product, provide 90% Comfortable and Familiar Content and Experiences and no more than 10% Revolutionary, Distinctive, and Glamourous Innovation. That way, beginners have comfortable jump-starts. And designers put MOST of their narrative and system energy into showcasing the innovations for the intro experience.

Since post the RuneQuest Classic Kickstarter, RQ2 IS the comfortable and familiar content, so that needs to be the base.

So what about RQ3?

RQ3 introduced a level of complexity that most of the writers involved now think was unnecessary, even counter-productive. Fatigue, alterations to armor points, daily (or even hourly) tracking for training and experience, overly complicated Summoning rules (that made it unlikely a player character would actually succeed), badly broken Sorcery Rules (which in the words of one of its writers, "sucked toads"), converting strike ranks into impulses, etc.

RQ2 is viewed as the better core rules system. That's not a nostalgia thing - that's how the actual writers now generally view it. There are plenty of fixes to RQ2 that RQ3 (and various supplements even in the RQ2 period) introduced: more sensible cult hierarchies (not every cult should have rune lords!), and so on. But if we start with RQ2, put in the revisions to RQ2 that had largely been written (if not published) prior to RQ3, we get a very solid starting point to build on.

We started with RQ2. Then looked at documents like Arcane Lords, Greg Stafford's Dragon Pass campaign, as well as published RQ2 supplements (such as Trollpak), to develop a revised RQ2.5. Then we looked at areas where RQ3 did a better job explaining a rule, or had better concepts (frex Ceremony or Enchanting) - and used them. Sandy, Chris, and MOB have revised Shamanism to make it playable.

At the same time we built in the Runes and passions and integrated them into the magic system and other mechanics, and looked at such unpublished rules as Epic and Glorantha the Game. And so on.

Right now, we have the newest member of the development team Steve Perrin looking carefully at core combat mechanics to see what room we have for improvement (for example, what is the impact of a special Parry?).

So now we are entering into the playtesting stage. The first select teams have already been assembled, and I'm really pleased with the critical feedback so far! We'll be casting out a wider net soon after. 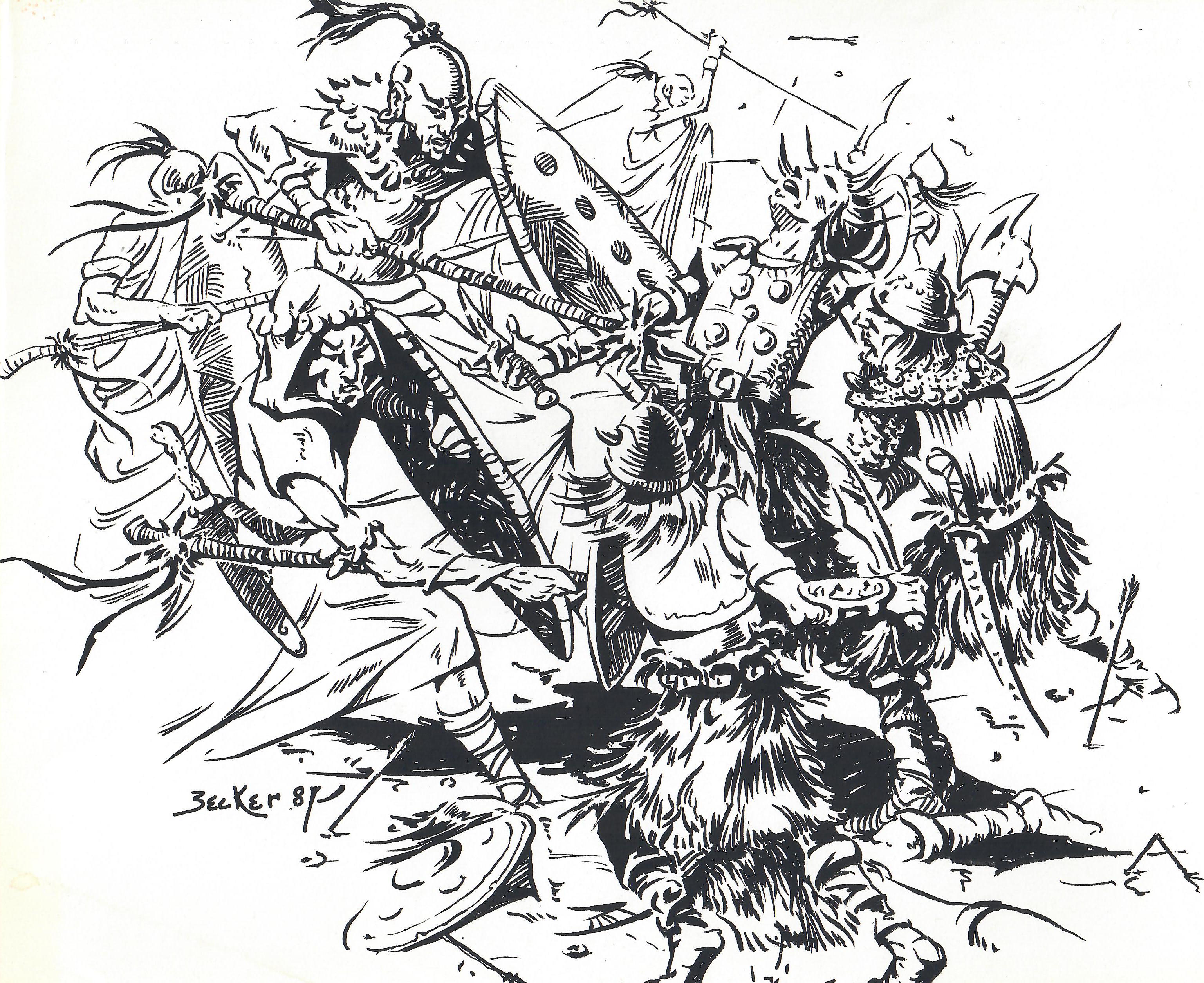