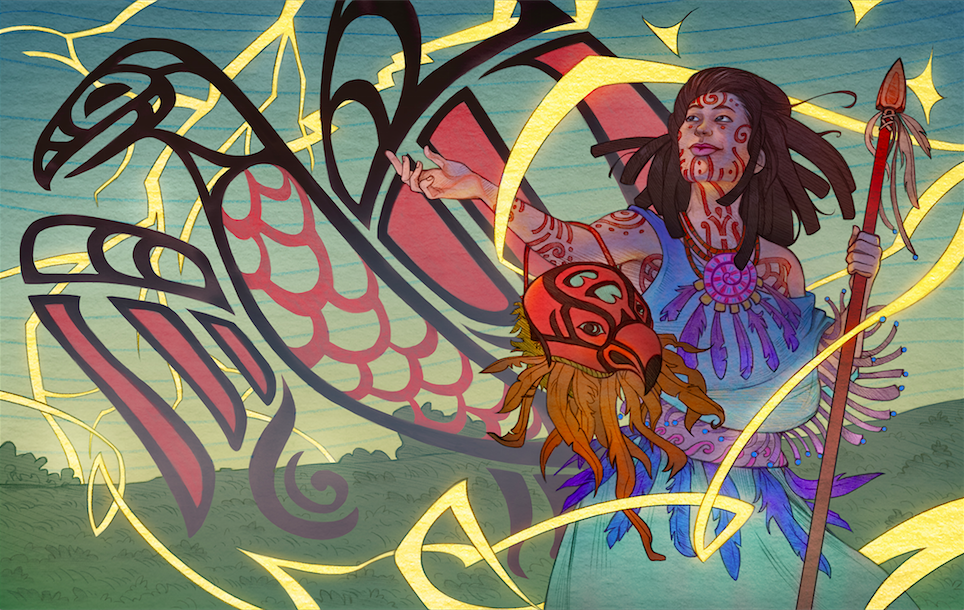 In my last design note I mentioned that while the new RQ Design team widely agreed RuneQuest 2nd Ed wasn't broken, it had some weak points: these were - how Rune Magic was obtained, social interactions, and the disconnect between Initiate and Rune Master.

For the new RQG edition, how we address the Rune Magic issue is discussed in these design notes ("Rune Power*"; and what we're doing to better drive social interactions is touched on here and here.

But we haven't really discussed the disconnect between Initiate and Rune Master, so I'll say a bit more about that in this design note:

In both RQ2 and RQ3 it was extremely difficult to become a Rune Master and gain access to reusable divine magic - so much so that when I asked how they had Rune Masters in the Chaosium House Campaigns, the answer I got was "we just created our characters as Rune Masters - we almost never managed to raise an initiate to Rune Priest or Lord."

That's what David Dunham and I used to call the "initiate trap" - all the cool magical stuff (ie reusable rune magic, allied spirits, iron, etc.) becomes available at Rune level, but it was nearly impossible to get there, especially if you were foolish enough to use your one-use Rune magic.

Admittedly, it was easier to get there in RQ2 than in RQ3, but in 20 years of pretty constant play, the number of Rune Masters I manage to achieve was ... maybe two. Given that a lot of the rules were about being Rune masters and that is when you really got to play with the fun toys, everyone on the RQ design team agreed that there was a BIG disconnect between Initiate and Rune Master.

The disconnect was so bad that plenty of players and GMs assume that RQ was designed so that Rune Masters were really not for play and should be retired. A look through the Chaosium house campaign folders say exactly the opposite.

Enabling initiate-level characters to use "rune power" - reusable rune magic - is the solution to the "initiate trap" in the new RuneQuest. (Rune level characters have rune points too, but they get theirs back much faster). 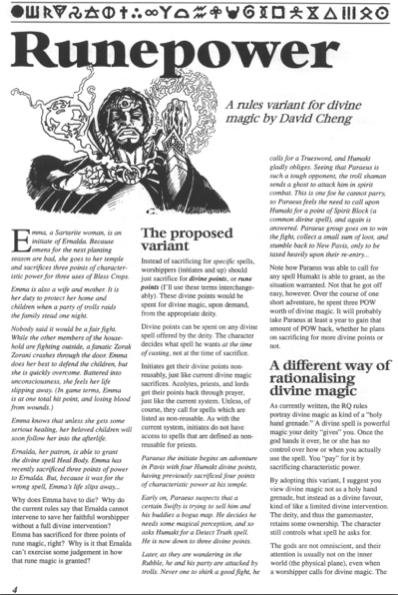 *Incidentally, the concept of "rune power" has been around a long time, going back to David Cheng's "Runepower" article from Tales of the Reaching Moon #12 (1994).