There's been a lot of progress on RuneQuest since the last note, including some very big decisions on the product schedule!

So let's start with the most exciting news - RuneQuest and the RuneQuest Bestiary will be available for purchase by Christmas 2017. That's in physical form purchased from the Chaosium website—and the PDFs will be available some months before. The books will then be in your FLGS in Q1 of 2018.

How is that possible you ask?

Simple - we aren't going to Kickstart RuneQuest. Once a book is finished with layout, we'll let you order the PDF, and about a month later we'll start printing it.

So what's the status of the books?

All of this should be ready in time for Christmas 2017!

After that, the next book is a collection of stand-alone scenarios. How's this for an illustrious line-up?—joining us from the RQ development team, Steve Perrin, Ken Rolston and Chris Klug are all contributing adventures, and we'll even be including a never-before published scenario from Greg! Look for this in the Q1 of 2018.

About that time, the RuneQuest Gamemaster Book should be out. This includes lots of GM-oriented rules (battle, magic items, etc.), materials on running games for RQ set in Glorantha, plus fully statted-up and described encounters that will enable sandbox play in Dragon Pass.

After that comes the Cults of the Lightbringers, the Hero's Book, our RQ Organized Play campaign, and the Dragon Pass Campaign. All of these books are already in various stages of progress.

Of course, the FIRST new RuneQuest product will be available in June for Free RPG Day.

That's the RuneQuest Quickstart, a 48 page booklet that gives you everything you need to run a Gloranthan RuneQuest scenario. It includes 'The Broken Tower', a ready-to-run scenario by Jason and myself, and five pre-gen characters.

The Quickstart is already at the printers and is on schedule for showing up at your FLGS in time for Free RPG Day. If you miss out getting it on Free RPG Day, never fear—it will be available through our website from July 1, 2017. 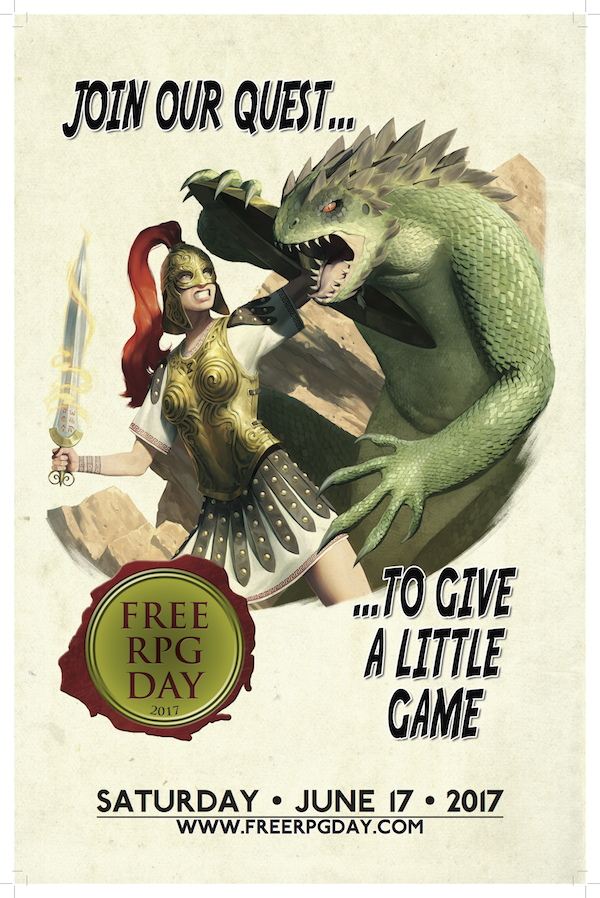