So, there is a lot of interest in the new sorcery rules for RuneQuest!

Here then is how they work in a nutshell: sorcery involves manipulating one or more Runes with a Technique according to a formula (or "spell").

A sorcerer's understanding of the Runes is not based on the sorcerer's personal Rune affinities, nor is it a skill. Instead, a sorcerer either sufficiently understands a Rune well enough to manipulate it or doesn't.

The Techniques are conceptually similar to the Runes. They are not skills, but techniques the sorcerer either understands or does not. The six techniques are:

Four of the six Techniques are arranged as two sets of polarities; the other two, Command and Tap, are implied in all other techniques. Knowledge of one technique provides insight into its opposite. A character can cast spells using the opposite technique to one they have mastered at double the magic point cost. Thus a character who has mastered Summon can cast Dismiss spells at twice the magic point cost. Note that every technique provides insight into Command and Tap - and vice versa.

A character either has or has not mastered a particular Rune or Technique - these are not skills. A starting sorcerer has mastered one Rune and one Technique. More can be learned, but the total number known is limited by the sorcerer's INT. Runes and Techniques, once learned, cannot be unlearned.

So a Lhankor Mhy initiate who has learned sorcery will have mastered the Truth Rune and the Command. An Aeolian of the wizard caste has much greater flexibility and starts with any two Runes and one Technique.

A spell is a formula combining one or more Runes with one more Techniques to produce an effect. It is a skill. For example, the Conflagration spell combines the Fire Rune and Summon to summon a fire into existence within the range of the spell. The intensity of the fire depends on how many magic points are used. Another example: the Boon of Kargan Tor is a spell combining Death and Summons to increase the damage done by the weapon.

Each spell is a specific skill with specific effects. One spell combining Fire and Summon will have very different effect from another spell combining Fire and Summon. New spells can be learned from teachers or through research, and new spells can be created by the sorcerer with enough time. A sorcerer may memorize as many spells as they have points of INT - unlike Runes and Techniques, spells may be forgotten.

The intensity of a spell measures how many magic points are being put into the spell. Magic points can be used to increase the spell's duration, its range, and its strength. No additional skills are needed to do this - just plenty of magic points. Sorcerers need large amounts of magic points, far more than spirit magicians or Rune masters .The Malkioni religion allows sorcerers to use a portion of the magic points generated by all the worshipers in a Worship Invisible God ceremony, but the Lhankor Mhy sorcerers have no such advantage (although they do have Rune spells).

The total intensity of a spell cannot be more than the sorcerer's INT less the number of points of spirit magic possessed by the sorcerer. This is what is now referred to as Free INT (and has nothing to do with the number of sorcery spells the sorcerer knows). 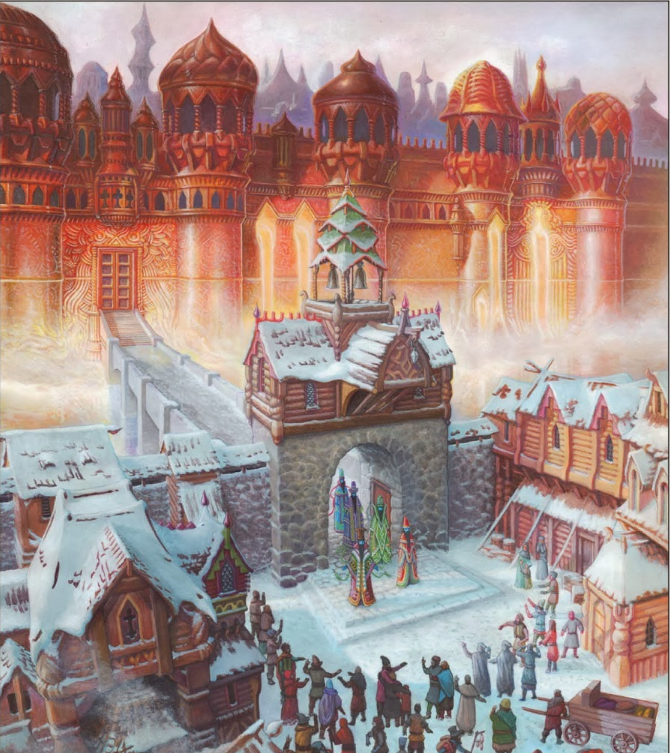