Chaosium to produce two board games by Reiner Knizia in 2016

The iconic American game company Chaosium will produce two board games by world renowned game designer Reiner Knizia during 2016, it was announced at Spiel '15 in Essen today.

Jeff Richard, Creative Director at Chaosium, revealed that one of the games will be set in the mythic world of Glorantha, the fantasy setting for the Chaosium RPGs RuneQuest, HeroQuest and 13th Age Glorantha, while the other game will have a real-world historical theme.

"We are excited to be partnering with Reiner Knizia, who is one of the world's most successful and well-known designer of board games", said Richard.

In a long and successful career as a designer of board games, Dr Reiner Knizia has sold millions of copies of his games and won numerous awards.

"I am delighted to be working with the creative team at Chaosium, which for many years has set a high benchmark for artistry and imagination", said Knizia.

Since its founding in 1975, Chaosium has received critical acclaim and won numerous accolades for its roleplaying games and publications, including most recently 2015 ENnie Awards for "Horror on the Orient Express" and "Guide to Glorantha." Its creative team, led by Greg Stafford, Sandy Petersen and Jeff Richard, also received the 2015 Diana Jones Award for Excellence in Gaming. 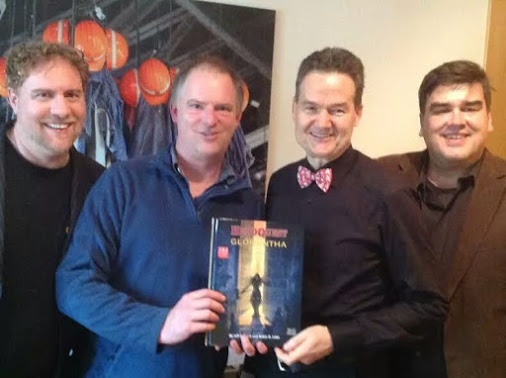