With the launch of the RuneQuest Classic Kickstarter and to stay rockin' with the Old School Roleplaying vibe, we've rebadged the Chaosium Newsletter as Ab Chaos!

The original Ab Chaos was an irregular newsletter brought out by Chaosium from 1990 - 1992, back in the days when if you wanted one you had to send in a SSAE.

Interestingly, in the first issue, Greg Stafford proudly noted Chaosium was "currently one of the oldest surviving companies from those which originated the industry". Somewhat miraculously, Chaosium is still around 25 years later!

To get Ab Chaos now, simply sign up to the newsletter with your email address, at the bottom of the Chaosium homepage! 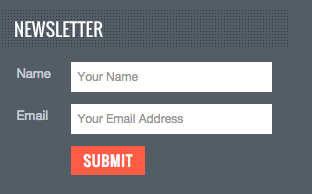 Note: if you currently already receive the Chaosium newsletter, you don't have to do anything!

So, what was Ab Chaos, and what is it now? Although there's been a 23 year hiatus between Ab Chaos #7 and the new issue, we believe what Greg said then still applies:

What is Ab Chaos?

Ab Chaos is an informal newsletter for Chaosium fans. Through our history we have tried to serve the players and gamemasters through craft and art as well as (and sometimes at the expense of) marketing and moneymaking. We appreciate your loyalty, and offer this communication to those who are curious about us, beyond the mere "product".

It is planned to be informal and irregular. We are, after all, not the Orderium.