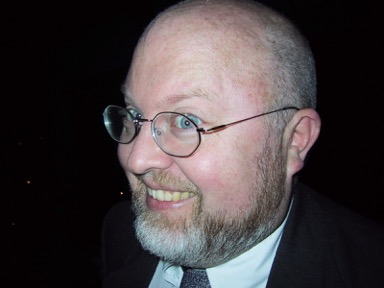 Sandy got his start in the game industry at Chaosium in 1980, working on tabletop roleplaying games. His best-known work from that time is Call of Cthulhu, which has been translated into many languages and is played worldwide today. He also worked on many other published projects such as RuneQuest, Stormbringer, Elfquest, and even the Ghostbusters RPG.  He was instrumental in the creation of dozens of scenario packs and expansions for these projects. In addition, Sandy acted as developer on the original Arkham Horror board game.

In 1988, Sandy left paper games for the computer game world. Since then he worked for Microprose, id Software, and Ensemble Studios, where he helped build Civilization, Doom, Quake, Halo Wars, and the Age of Empire series, among others.

He was an instructor at the Guildhall at Southern Methodist University from 2009-2011, where he taught game design to Master’s degree candidates and helped develop the curriculum. During this time he produced about 30 team games.

In 2013 he founded Petersen Games, which has released a series of highly successful boardgame projects including Theomachy, Orcs Must Die! the boardgame, and the much-admired Cthulhu Wars.

His games have sold tens of millions of copies worldwide, and he has received several dozen awards from the game industry. The awards he is most proud of are his Howie award from the Lovecraft community, and his 1990 Gaming Hall of Fame plaque, which is given to only one person a year, and chosen by vote by the fan community.

He still loves and plays games. He has five children, eleven grandchildren, and two mongrel dogs as of 2018.

Since retiring from the board in 2019 Sandy has done occasional freelance work for us.