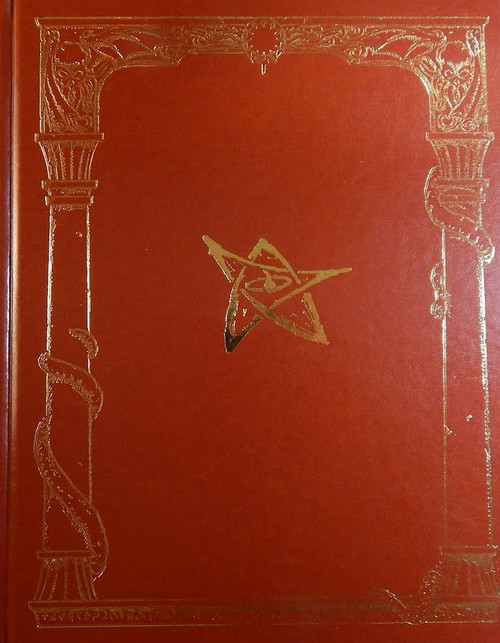 The Old Ones ruled the earth aeons before the rise of humanity. Traces of their cyclopean cities can still be found on remote islands, buried amid the shifting desert sands, and in the frozen wastes of the polar extremes. Originally they came to this world from the stars. They sleep now, some deep within the earth or beneath the sea.

When the stars are right they shall again walk the earth.

Chaosium Unveiled: Inside Inside Call of Cthulhu Keeper Rulebook

Call of Cthulhu is the world’s best game of secrets, mysteries, and horror.

Playing the role of steadfast investigators, you travel to strange and dangerous places, uncover foul plots, and stand against the terrors of the Cthulhu Mythos. You encounter sanity-blasting entities, monsters, and insane cultists. Within strange and forgotten tomes of lore you discover revelations that humanity was not meant to know.

You and your companions may very well decide the fate of the world.

The Keeper Rulebook, contains the core rules, background, guidance, spells, and monsters of the game. It is everything you need for Call of Cthulhu at your fingertips, and will enhance all of your games. The Keeper Rulebook is intended for use by the Keeper of Arcane Lore—the Game Master who will present the scenario to the other players.

The other players—the Investigators—will benefit hugely from a copy of the Investigator Handbook, which contains expanded rules for character creation, skills, occupations, equipment, and a primer on 1920’s New England—the signature setting of Call of Cthulhu.

A bestiary of mythos entities to pepper your Call of Cthulhu scenarios and campaigns. Each entry contains full rules for using that monster in the game. Whether it’s a lowly Mi-Go, a flesh-changing Deep One, or the great Cthulhu himself, you’ll find background details, stats, special rules and spells to effectively dispatch these wicked beasts upon your hapless investigators.

Whether at your local library, or among the forbidden bookshelves of a twisted cultist, the Keeper Rulebook provides a wellspring of books for your investigators to find. Rules for reading, researching, and discovering spells come alongside detailed entries for over 20 tomes. Every tome listed in the Keeper Rulebook can serve as the basis of its own story, and to inspire your very own cults to face off against your investigators.

Full rules for the Sanity system that sets Call of Cthulhu apart from other horror games. The Sanity system measures each investigator’s capacity to comprehend the incomprehensible. It mechanizes the way the human brain can break upon discovering mind-bending truths we were never meant to discover. With each loss of sanity, the investigators will change, and their character will shift and grow. Sanity is the backbone of narrative character development in Call of Cthulhu.

Two complete scenarios, handouts and pregenerated characters allow you to jump right into the action, or kick off a new campaign.

Amidst The Ancient Trees - The investigators join a search party for a kidnapped girl, and must venture into the woods of Southwest Vermont in pursuit. What they discover is far worse than they could imagine.

Crimson Letters - The death of a professor at Miskatonic University in Arkham, Massachusetts sets off a chain of events that echo through the entire city. The investigators must solve the unexplained death of the academic before things get out of hand.

Character Sheets
For Call of Cthulhu